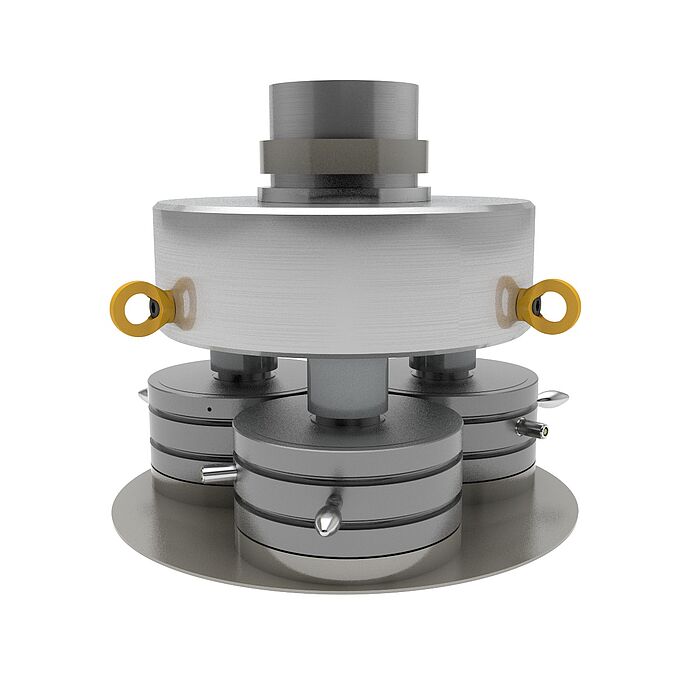 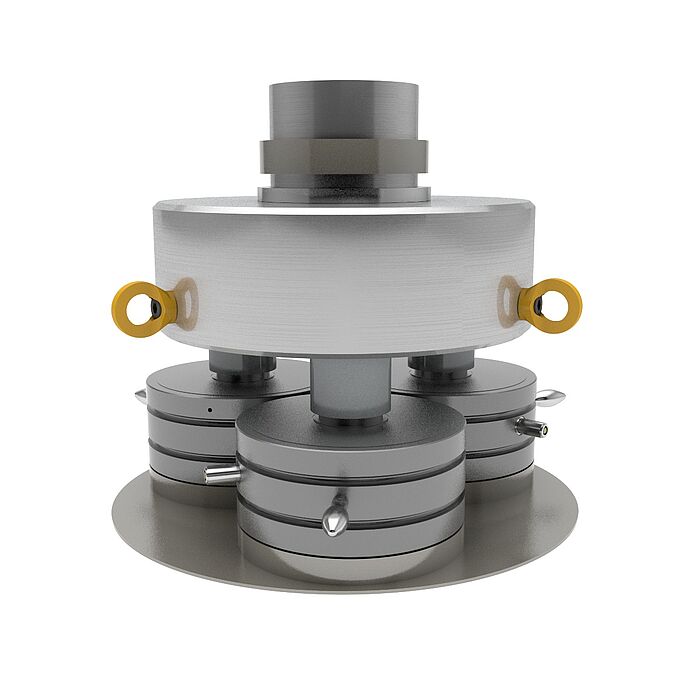 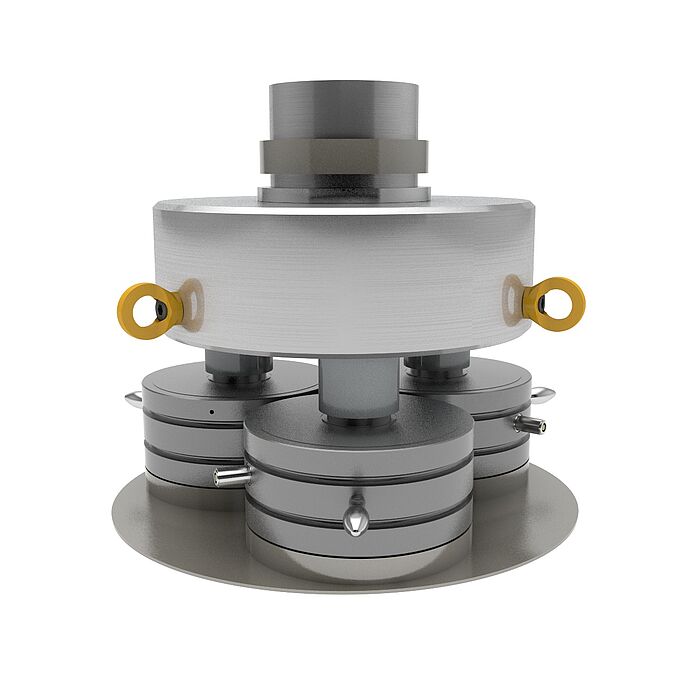 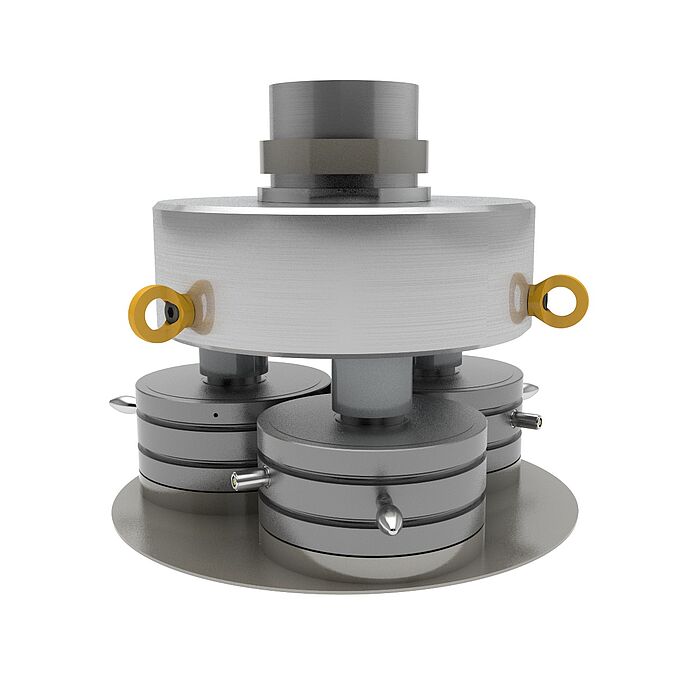 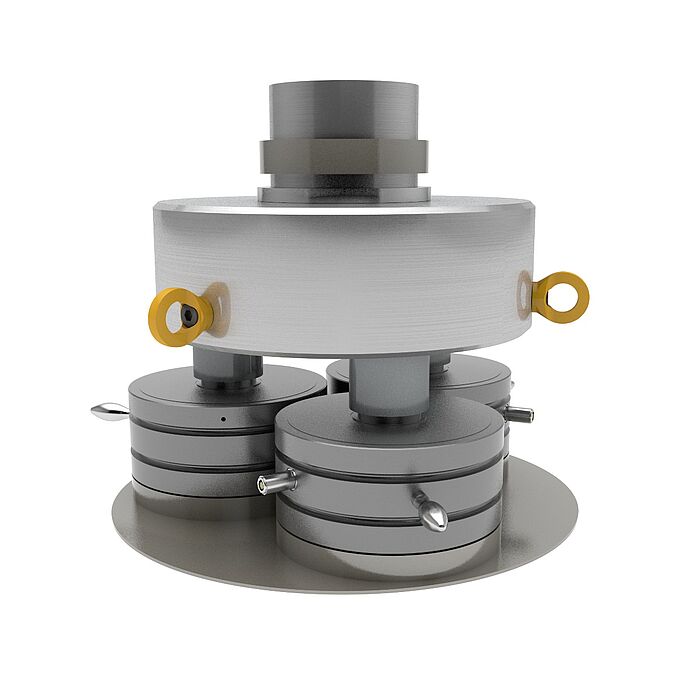 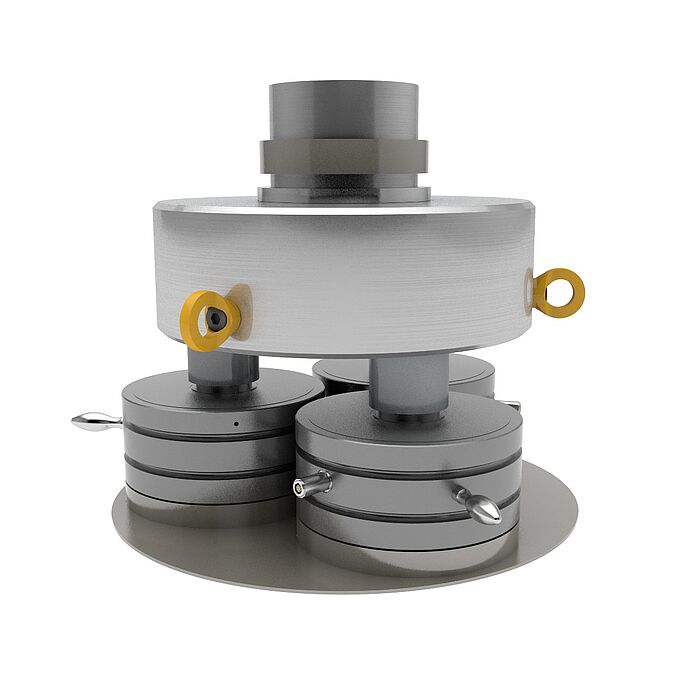 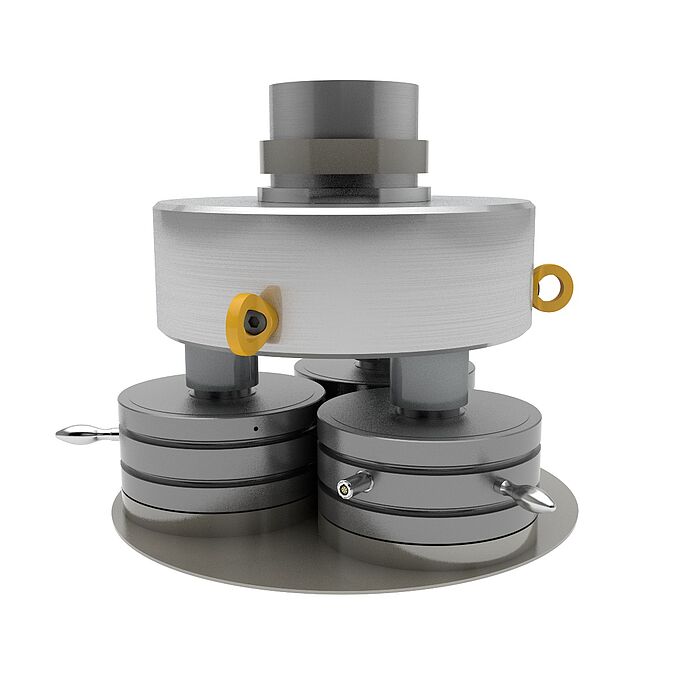 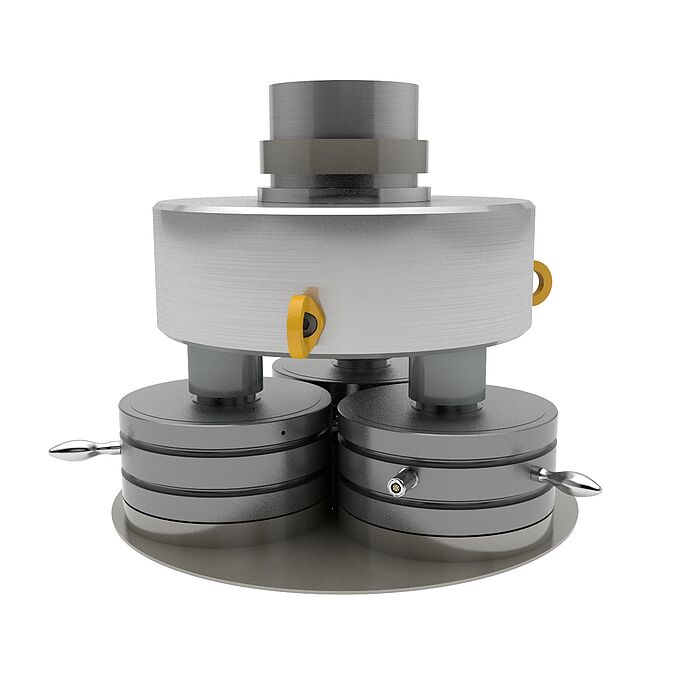 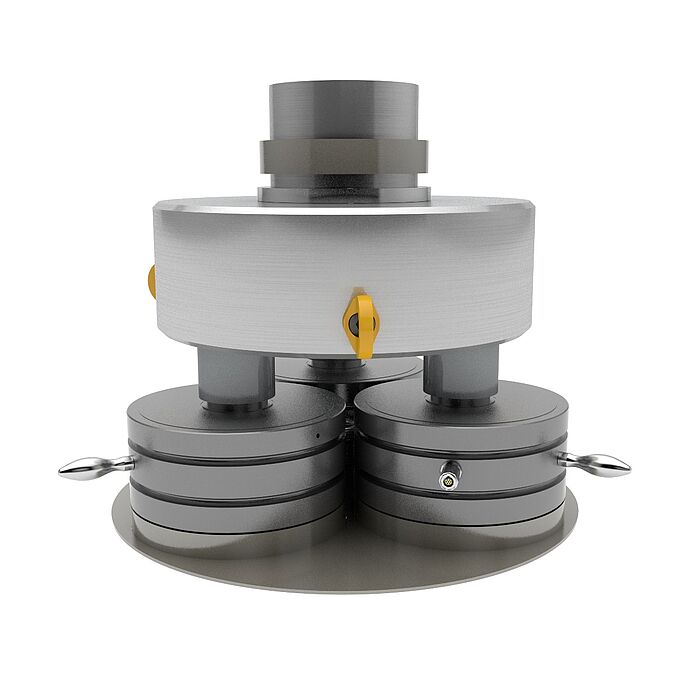 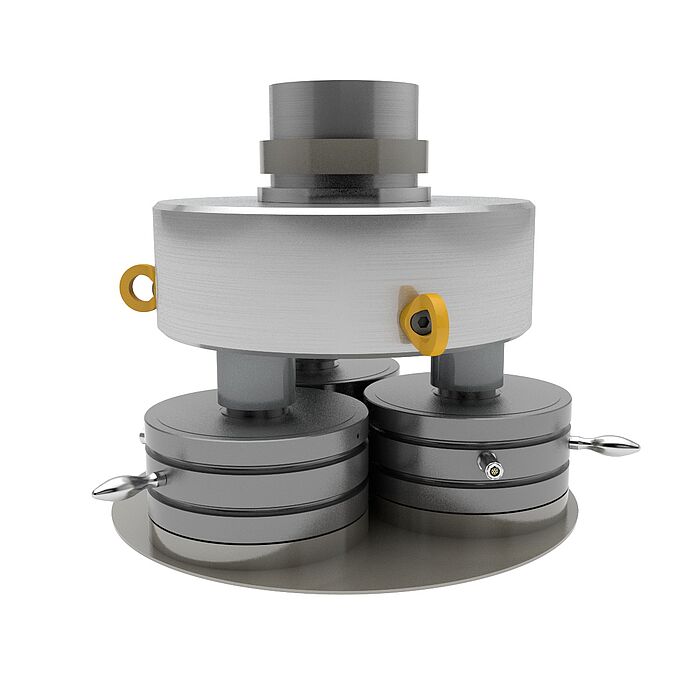 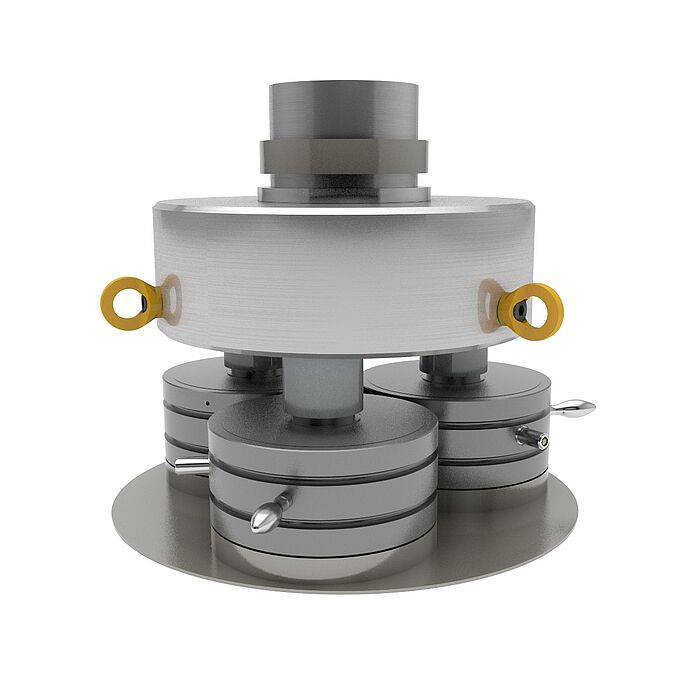 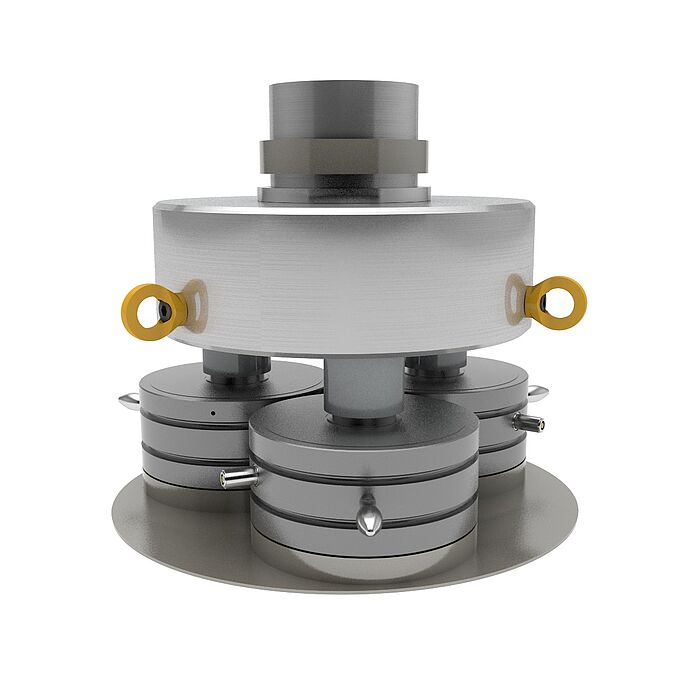 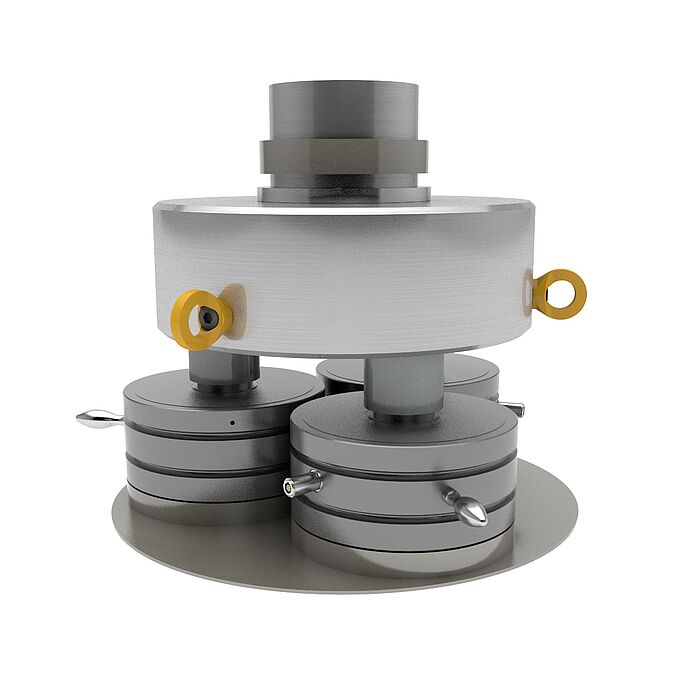 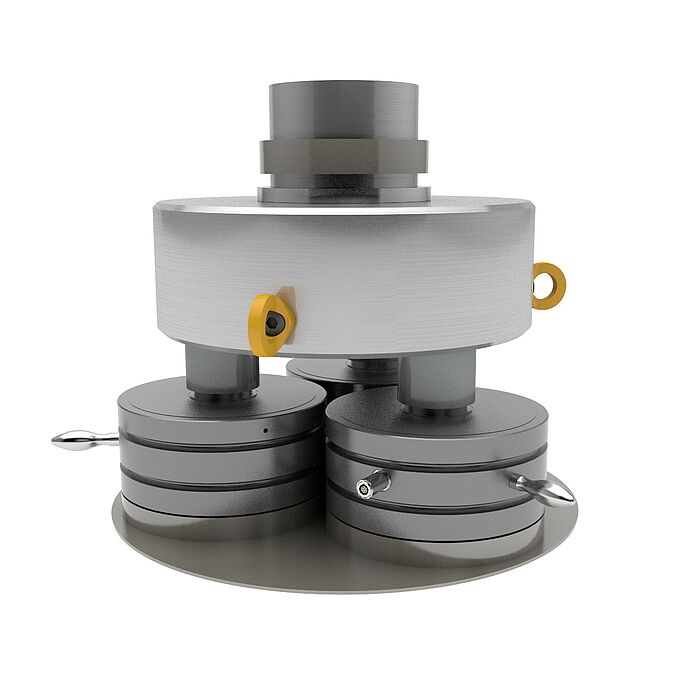 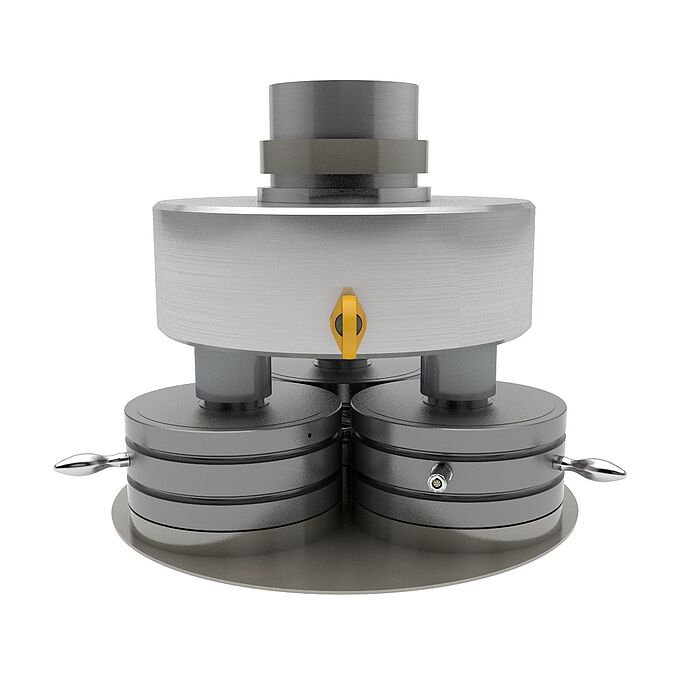 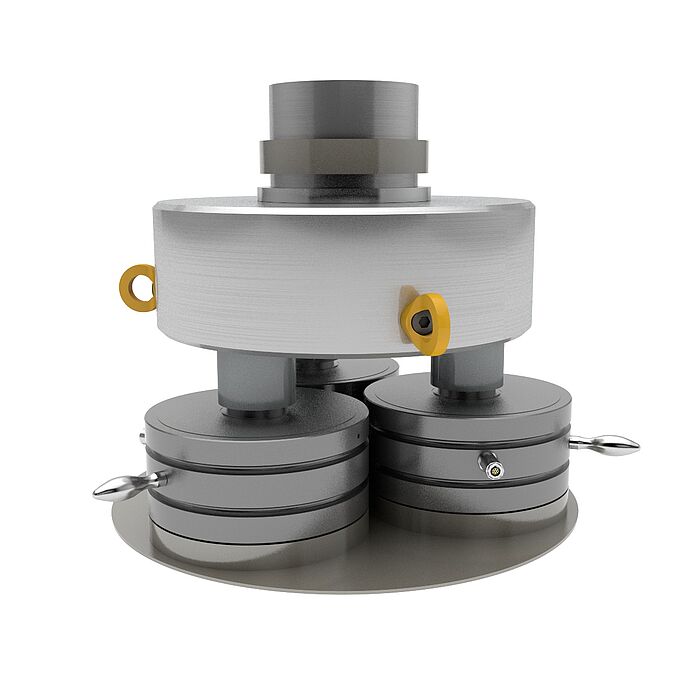 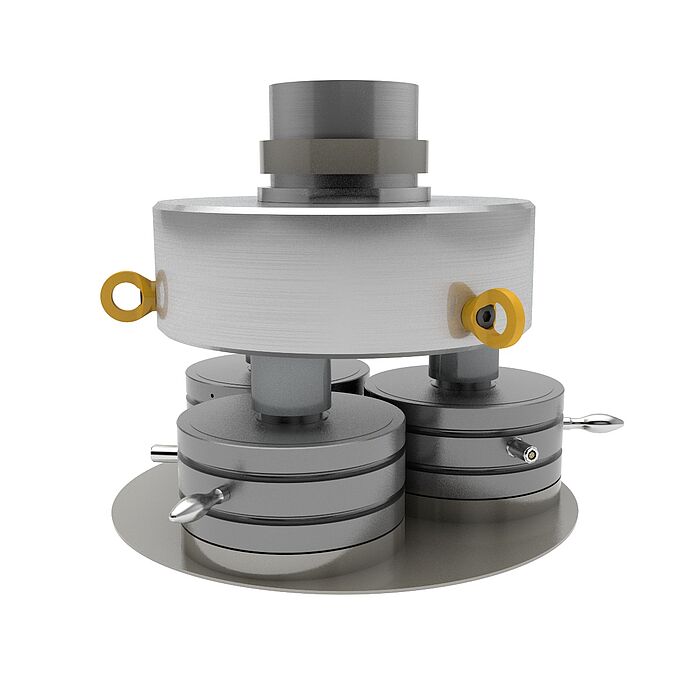 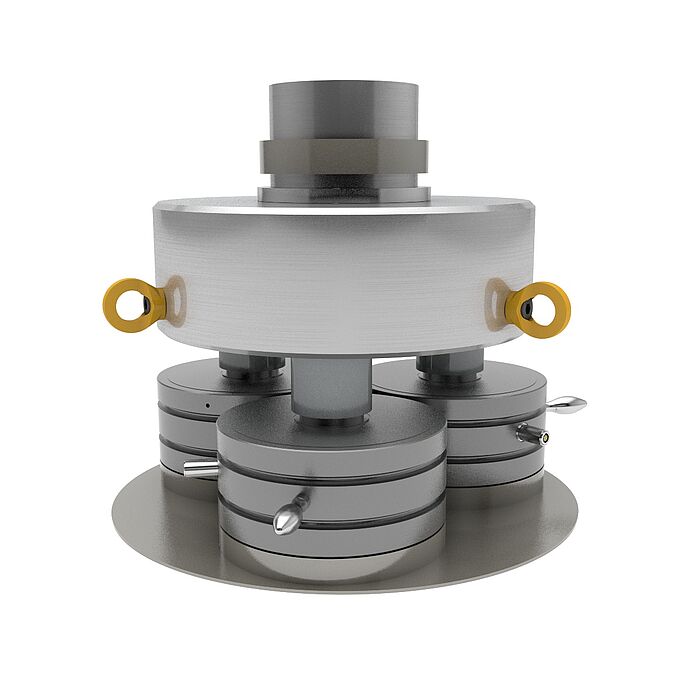 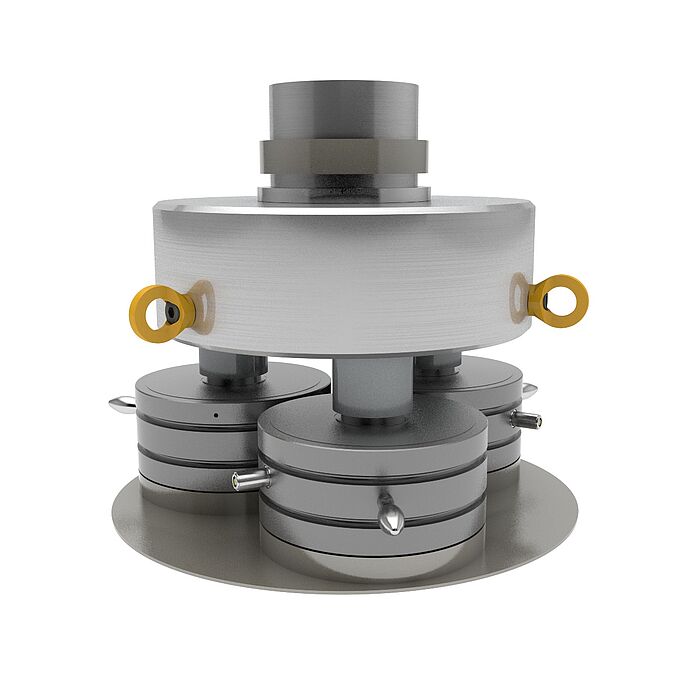 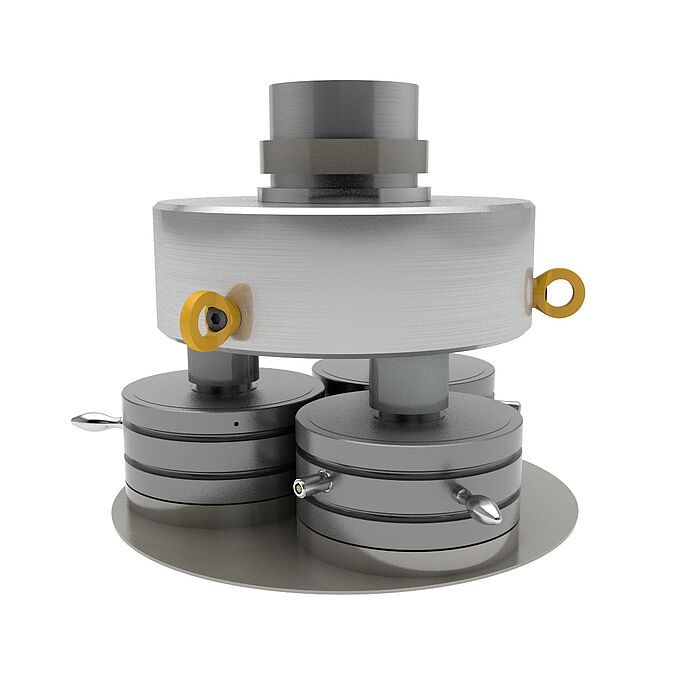 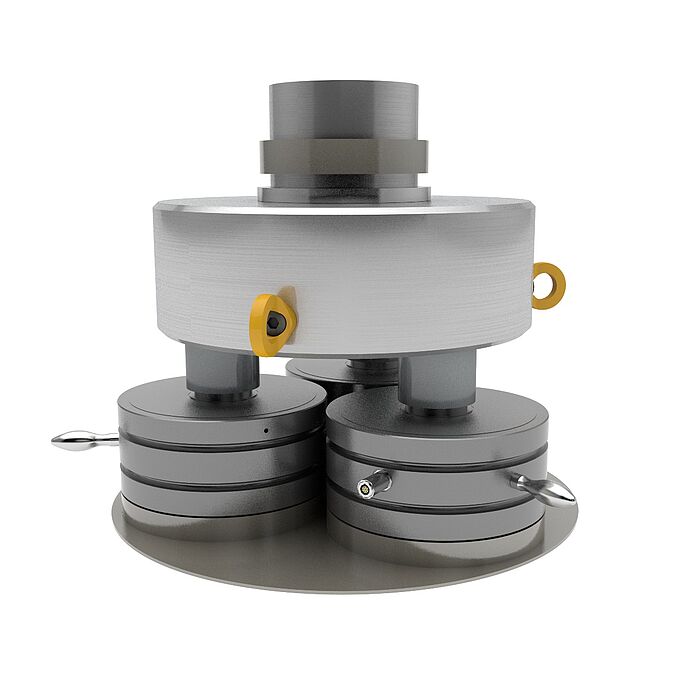 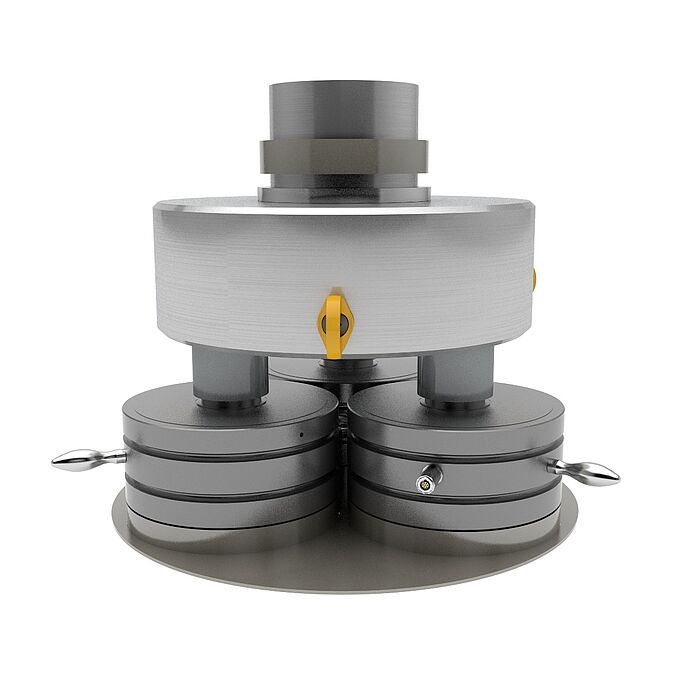 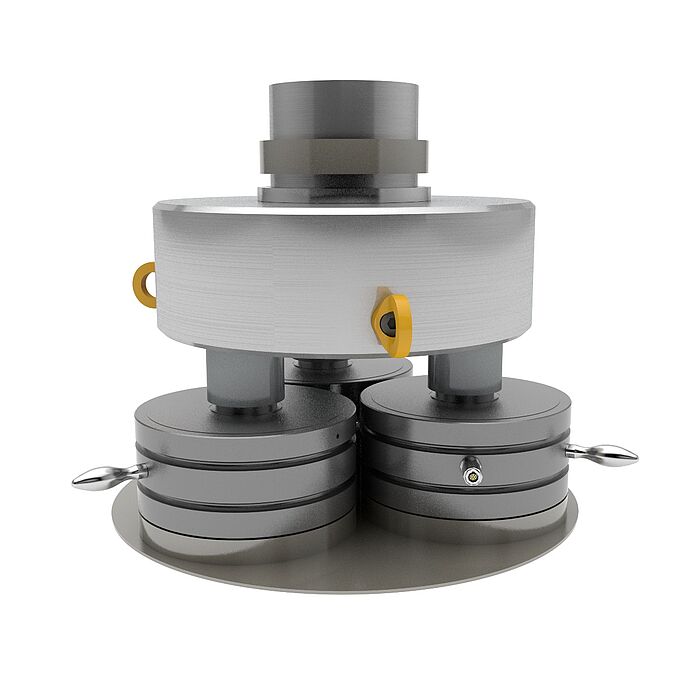 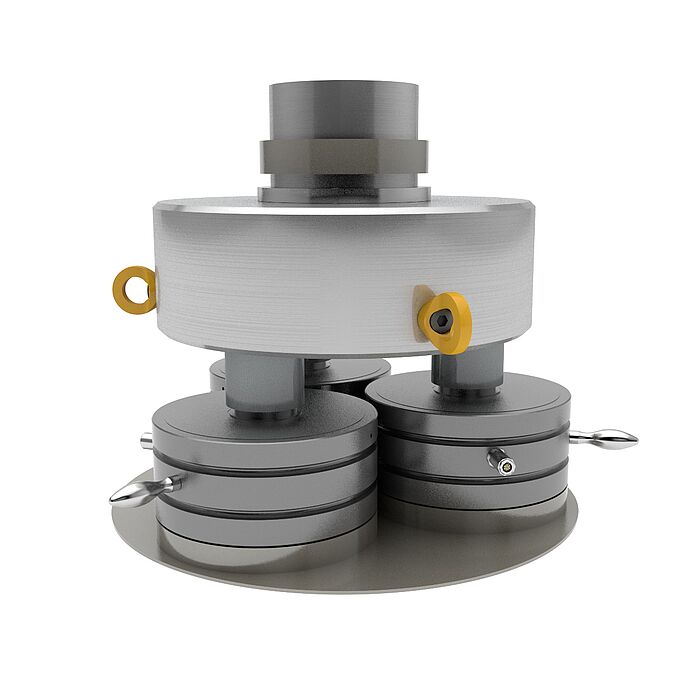 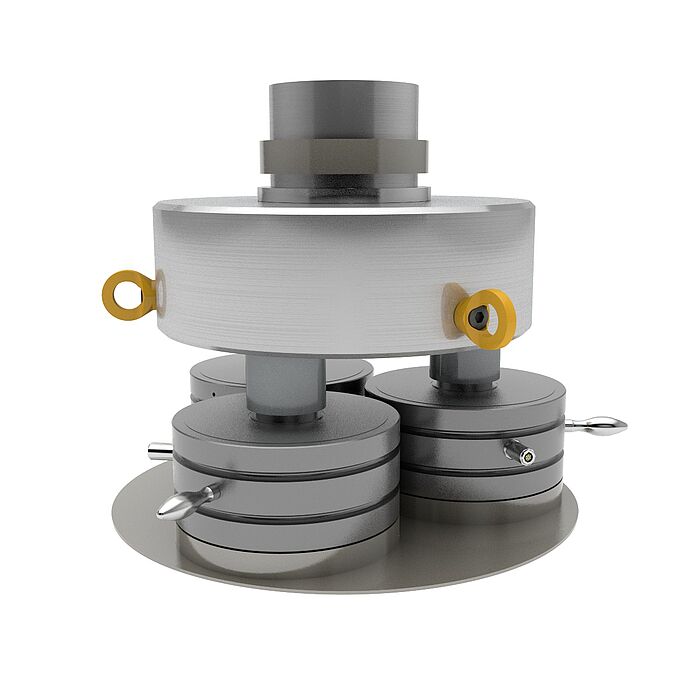 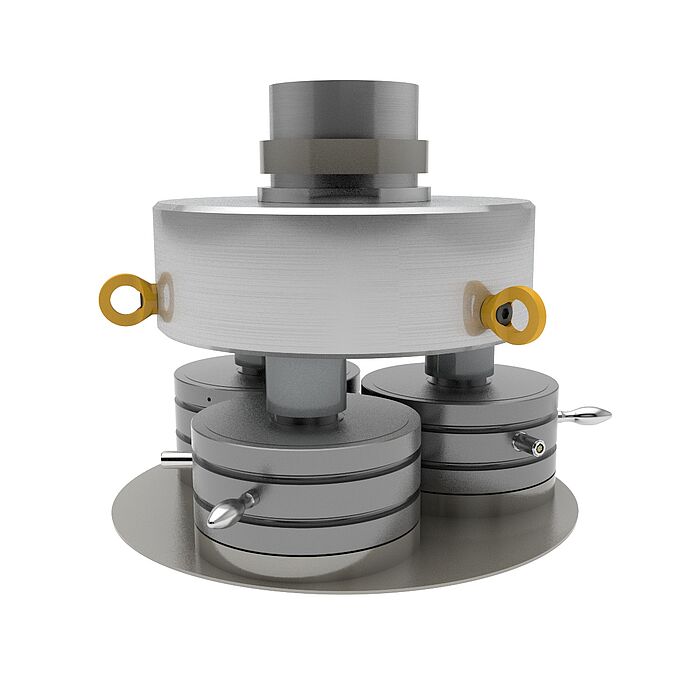 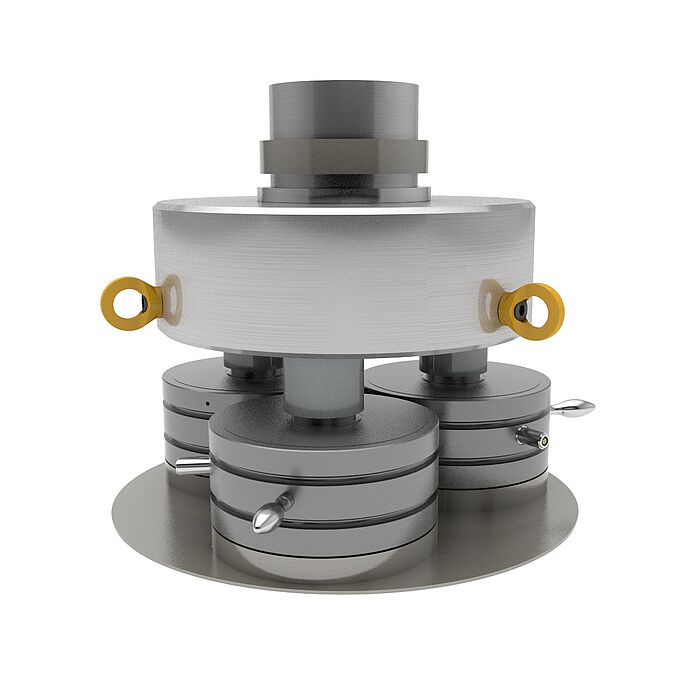 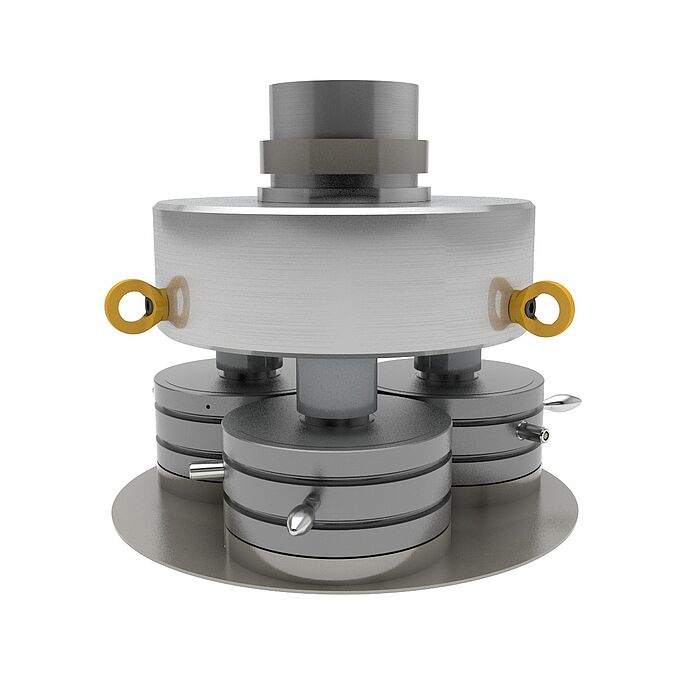 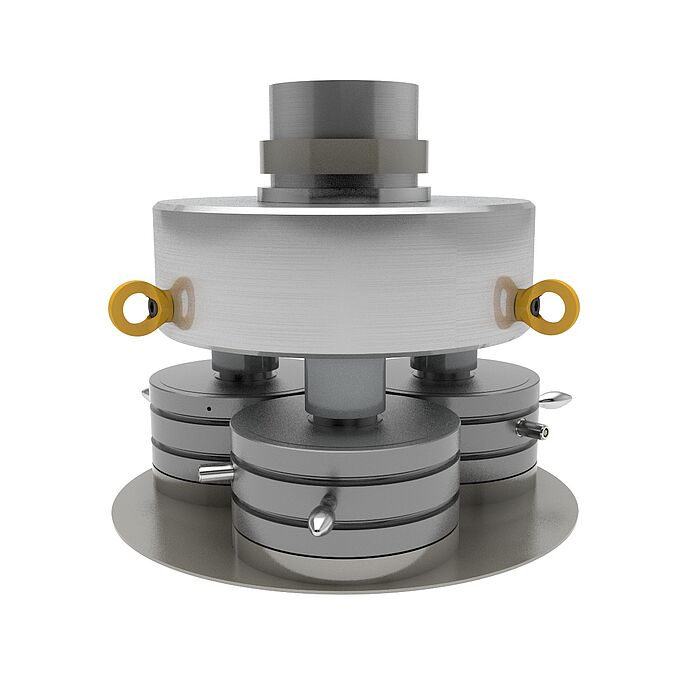 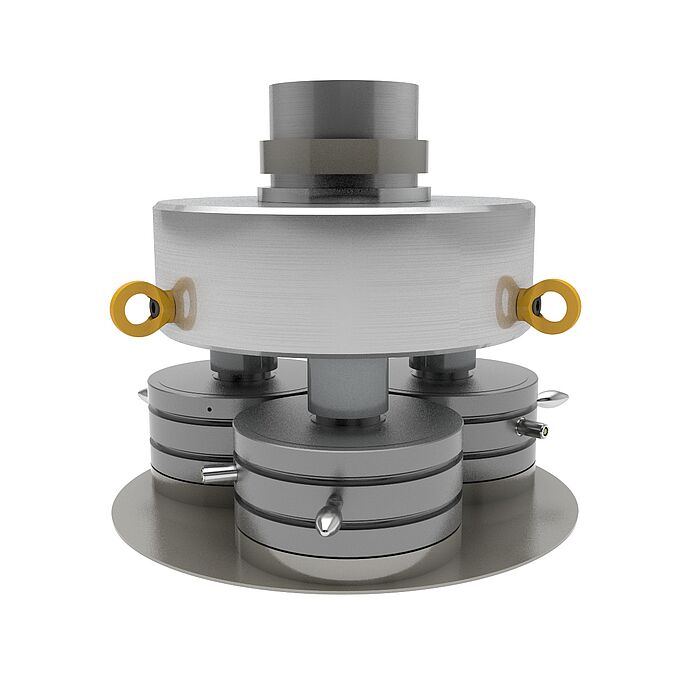 The transformer standard build-up series of the KTN-BU series are always designed as custom engineered-to-order solutions. The main benefits are comparatively low investment costs resulting from the multiplication of forces due to the traceability of machines and systems. The modular KTN-BU series consists of multiple force transducers of the high-precision force transfer standard series KTN-D – normally with three, nine or more high-precision transfer standards.

The build-up systems can be designed for precise high forces, are kinematically decoupled for better reproducibility, and are used for calibration of measuring equipment. The relatively small weights of the single components is a major advantage for the user. The large distance between the supports for the force transducers makes the system very resistant to mechanical interference. The build-up system also has advantages during installation and mounting, since instead of a single, very heavy sensor, several single lightweight components are mounted together.

Another area of application for the KTN-BU series is as a stationary reference transducer in machines for force measurement.

These topics could be interesting for you

You can rely on us at any time! We are your competent, trustworthy and first point of contact when it comes to calibration and traceability of your force transducers, load cells and metrological standard machines or the entire measurement chain.

Accessories from GTM fit perfectly and are durable and reliable in all measurement setups. Whether mechanical adapters or measuring cables and the corresponding plugs and sockets - all from one source.